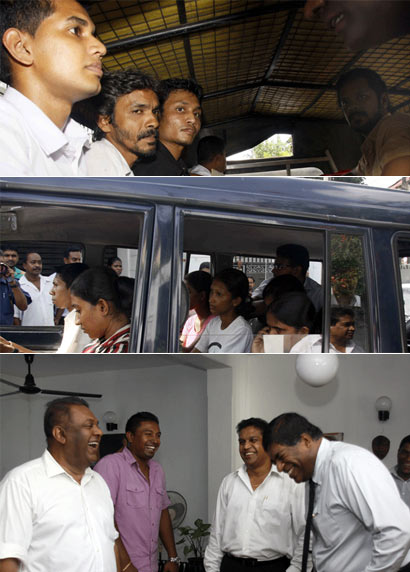 Nine people were arrested and seven computers including a personal lap-top were taken into custody by the CID from the Lanka Mirror office in Etulkotte this evening.

The CID also inspected the residence of the Editor of Lanka X, the official website of the UNP’s communication wing, Ruwan Ferdinandz in Narahenpita.

Four CID officials were present at the residence of the editor. They inspected the lap-tops and took statements from a few individuals present.
UNP MP Mangala Samaraweera speaking to the Daily Mirror said this was an indictment on the free media of the country.

“The witch-hunt against the free media continues,” he said.

However, the police said only two people were taken into custody from the Sri Lanka Mirror office.