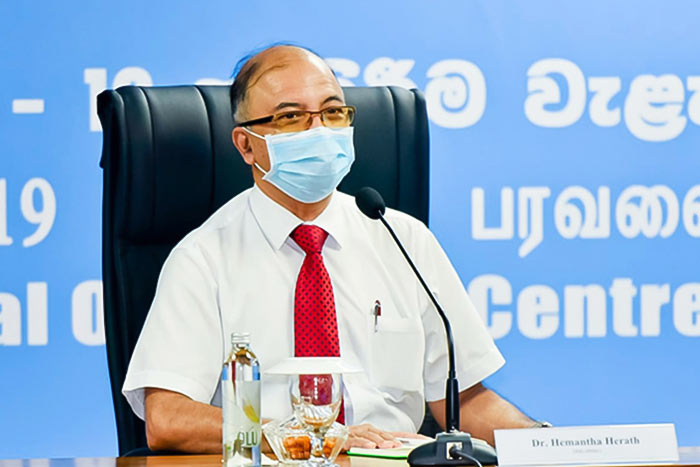 In a situation where patients infected with COVID-19 are detected every part of the country with no origin, Deputy Director General of Health Services Dr. Hemantha Herath said there is no community transmission yet in the country.

Replying to a query posed by a journalist, he said technically, there is a difference between community transmission and patients being reported from the community.

“At present, there is no community spread of the virus, though several cases are being detected from the community,” he said.

However, Dr. Herath went on to admit the fact that the number of infections has gone up drastically.

“We are paying the price for the deliberate actions of the people in the recent past. We saw people behave irresponsibly and negligently ignoring health practices,” he pointed out.

“Thus, it is imperative to strictly stick to health guidelines and practices. Or else the situation would become more dreadful,” he added.

According to the World Health Organization (WHO), community transmission “is evidenced by the inability to relate confirmed cases through chains of transmission for a large number of cases, or by increasing positive tests through sentinel samples (routine systematic testing of respiratory samples from established laboratories)”.

When the source of transmission for a large number of people is not traceable, it is called a community transmission.

When asked of this from Public Health Inspectors Union Head Upul Rohana, he told the Daily Mirror that it is highly ridiculous to say that there is no community transmission in Sri Lanka

“At least 80% of active cases are reported with no origin at present. We, as working closely with the general public are well aware of the ground reality. The present situation is extremely harmful and dangerous,” he stressed.

“It is in fact baffling that the health authorities in Sri Lanka are still reluctant and stubborn to admit the fact that there is community transmission in the country,” he added.

1 Response to No community spread yet, says Health Ministry