No decision by Education Ministry to deploy Air Force personnel as IT and English teachers, says GL 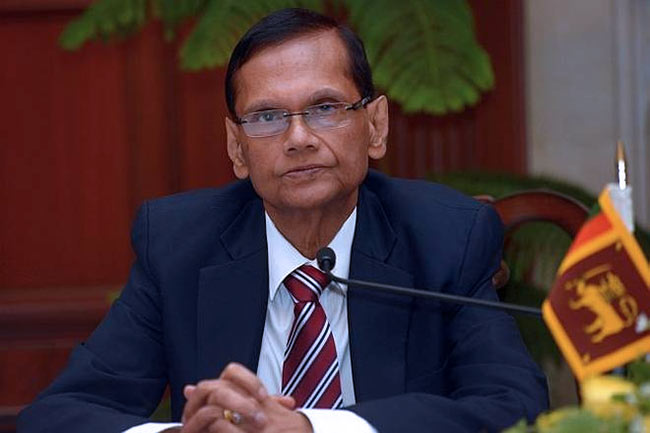 Education Minister Prof G.L. Peiris told Parliament yesterday that his Ministry had not made any decision to deploy Air Force personnel as teachers at schools.

The Minister said so responding to a question raised by SJB Matale District MP Rohini Kumari Wijeratne, who said that there were media reports quoting teachers’ unions that Air Force personnel had been deployed to teach English and IT in schools at Kebitigollewa and Vavuniya; the Secretary to the Ministry of Education had accepted a proposal by the Commander of the Air force. The use of military personnel would violate the provisions of the Teacher Service Minute and there would be questions regarding the quality of education, the MP said.

MP Wijeratne said that the teacher-student ratio of the country was 20:1. “So every 20 students have a teacher and that shows there is no such teacher shortage but a problem of the Ministry failing to manage the numbers. During the time of the yahapalana government we introduced a national policy as regards teacher transfers. There are many other persons who have completed teacher training and are awaiting appointments. In such a situation, how could the government deploy Air Force personnel as school teachers.”

Minister Prof. Peiris said that there had been no such decision made by the Ministry of Education, but he would look into the allegation made by the unions.

Responding to a question raised by SJB Ratnapura District MP Hesha Withanage, the Minister said that the Education Ministry had taken several initiatives to eliminate shortages in rural schools.

“We took action to improve conditions in rural schools. We increased facilities and improved projects such as e-thaksalawa and Gurugedara to rectify disparities. We know that there is more work to be done and have taken action to create equal opportunities for all students. Some of the programmes we implemented have yielded positive and progressive results. For example, there were ten students who scored 200 out of 200 marks at the last Grade Five scholarship examination. All those are from outstations.”

1 Response to No decision by Education Ministry to deploy Air Force personnel as IT and English teachers, says GL

Home » No decision by Education Ministry to deploy Air Force personnel as IT and English teachers, says GL