Norway to close Embassy in Sri Lanka in 2023 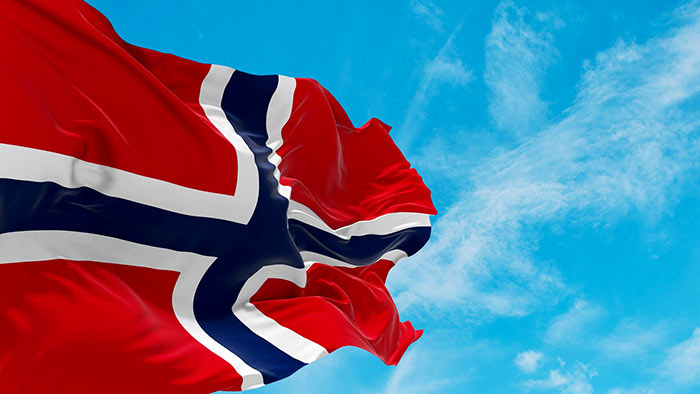 The Government of Norway has decided to make structural changes in its network of diplomatic missions abroad and five overseas missions will be permanently closed, including the Norwegian Embassy in Colombo by the end of July 2023.

“I am sad to share news of the closure of our Embassy in Colombo in July 2023 due to structural changes in the Norwegian Foreign Service,” Norwegian Ambassador to Sri Lanka and the Maldives Trine Jøranli Eskedal said.

Bilateral ties between Norway and Sri Lanka are strong and warm and will continue, she said in a tweet.

Accordingly, Embassies in Bratislava (Slovakia), Colombo (Sri Lanka) and Pristina (Kosovo), the embassy office in Antananarivo (Madagascar) and the Consulate General in Houston (USA) will be closed down, the Minister of Foreign Affairs, Anniken Huitfeldt stated.

Accordingly, Norway’s diplomatic relations with Kosovo, Madagascar, Slovakia and Sri Lanka will be dealt with through alternative arrangements, and responsibility for this will be given to a Norwegian embassy close by, or an ambassador based in Norway will be appointed for the country concerned.

The full statement of the Norwegian Foreign Ministry is as follows:

In 2023, the Ministry of Foreign Affairs will increase the number of staff at several missions abroad, especially missions in Europe. Staffing at certain missions will be increased to provide greater support to the Norwegian business sector. At the same time, five missions will be closed.

‘The political and security policy landscape in Europe is changing rapidly. In light of this, we need to strengthen our diplomatic presence in the EU, Nato and selected European countries. Norwegian diplomats serve as our eyes, ears and voice in Europe, and we need them on the ground now more than ever,’ said Minister of Foreign Affairs Anniken Huitfeldt.

In her foreign policy address to the Storting (Norwegian parliament) on 22 March about the war in Ukraine, Ms Huitfeldt stated that she was in the process of reviewing the structure of the Foreign Service in order to safeguard Norwegian interests in a new era in Europe. The changes now being announced are a result of this review and are intended to enable the Foreign Service to provide better assistance to Norwegian companies, both in and outside Europe.

In 2023, the number of diplomatic staff will be increased at the Norwegian embassies in Bucharest, Kyiv and Vilnius, as well as the Mission of Norway to the EU and Norway’s Permanent Delegation to Nato in Brussels. The Ministry of Foreign Affairs is considering increasing the number of posted diplomatic staff and/or locally employed staff at various other missions in Europe as well.

‘Since Russia’s invasion of Ukraine, the EU has sought to promote European solidarity and closer cooperation on security and defence. So it makes good sense for us to strengthen Norway’s diplomatic presence in the EU, Nato and selected European countries. The world never stops changing, and the Norwegian Foreign Service must be prepared to change with it,’ said Ms Huitfeldt.

In many cases, the staff increases are related to the Government’s effort to increase Norwegian exports.

‘Both in and outside Europe, we are seeing rapid developments in terms of the green transition and digitalisation. This is opening up enormous opportunities for Norwegian trade and industry,’ said the Foreign Minister.

Five missions to be closed

The following missions will be closed in 2023: the embassies in Bratislava (Slovakia), Colombo (Sri Lanka) and Pristina (Kosovo), the embassy office in Antananarivo (Madagascar) and the Consulate General in Houston (USA).

‘It is never easy to decide to close Norwegian missions. Closures such as these affect the lives of posted Norwegian diplomats and have even greater consequences for the locally employed staff. But we have a responsibility to use our resources in a way that enables us to safeguard Norwegian interests as effectively as possible,’ said Ms Huitfeldt.

Norway’s diplomatic relations with Kosovo, Madagascar, Slovakia and Sri Lanka will be dealt with through alternative arrangements, for example responsibility for this will be given to a Norwegian embassy close by, or an ambassador based in Norway will be appointed for the country concerned.

Home » Norway to close Embassy in Sri Lanka in 2023