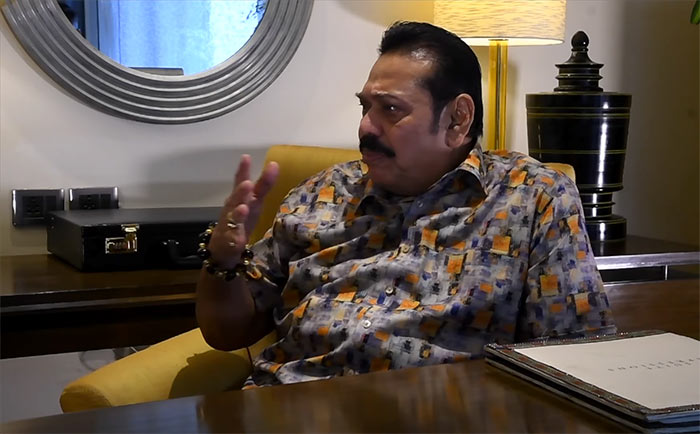 Sri Lanka’s Opposition Leader Mahinda Rajapaksa says that no development activities will take place in the country when there is no agreement between the President and the Prime Minister.

The problem at the moment is that the Prime Minister and the President are fighting each other, he said in a recent interview with The Hindu on the sidelines of the third edition of The Hindu’s Huddle conclave in Bengaluru.

“When the Executive and the Prime Minister they fight each other or when they do not agree to anything then nothing will happen in the country. No development work. Nothing.”

He stated that this has already started happening and that “everything has stopped” in Sri Lanka. “And for the last 4 years nothing has happened. That was the sad part of it,” he said.

He stated that the Sri Lankan people are suffering because of this and that no investments have come into the country as a result. “No one is going to invest when there is no political stability.”

He stated that the only way to resolve this issue is to have a strong government and the President and Prime Minister of the country need to be in the same wavelength.