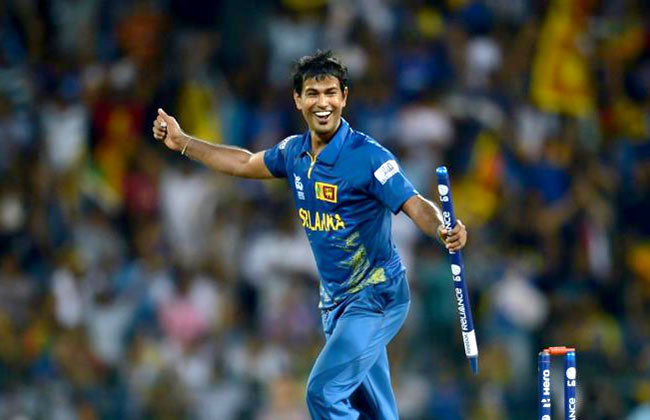 Kulasekara’s retirement comes days after his former new-ball partner Lasith Malinga called it quits from the 50-over format. Malinga will bid adieu to ODI cricket after the first ODI between Sri Lanka and Bangladesh on July 26.

Kulasekara, 37, was not part of Sri Lanka’s World Cup 2019 squad and last played for the senior national team in 2017. Kulasekara hadn’t played competitive cricket at the senior level since March 2018 during which he played List-A cricket.

Known for his ability to swing the ball both ways, Nuwan Kulasekara was a successful new-ball bowler for Sri Lanka in the limited-over formats. Not just with the new-ball, Kulasekara was a fine bowler at the death as well as the pacer had the ability to fire in accurate yorkers under pressure.

Kulasekara played 184 ODIs for Sri Lanka and picked up 199 wickets at an impressive economy rate of 4.90. The right-arm pacer played 58 T20Is and finished with 66 wickets. Kulasekara was part of the victorious Sri Lanka team that clinched the T20 World Cup in 2014.

Kulasekara came up with a tidy spell of bowling in his four-over quota as he picked up the wicket of Yuvraj Singh and gave away only 29 runs in the final. Sri Lanka restricted India to 130 in 20 overs before gunnind down the total with 13 balls to spare.

Nonetheless, Kulasekara did not find a lot of success in Test matches. The 37-year-old played just 21 Test matches before calling it quits from the longest format of the game in 2016.

Kulasekara rose to the No. 1 spot in ODI bowlers’ rankings in 2008, a year after he made his World Cup debut for Sri Lanka. Kulasekara was part of Sri Lanka’s 3 World Cup squads. He played 2 World Cup finals and finished with runners-up medals on both the occassions as the islaners lost to Australia and India in the 2007 and 2011 World Cup finals.

Not many can forget the six that MS Dhoni hit off Nuwan Kulasekara to seal the 2011 World Cup final for India. In front of a packed house at Wankhede, Kulasekara was the most expensive bowler for Sri Lanka on the big night as he gave away 64 runs in just 8.2 overs.