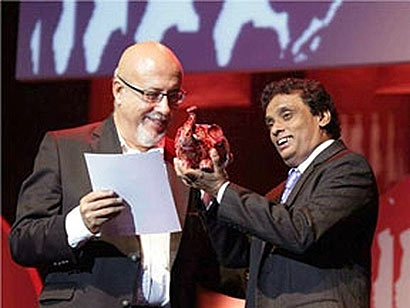 Prasanna Vithanage’s seventh feature film Oba Nathuwa Oba Ekka (With You, Without You) won the Best Film Award presented by the jury at the 3rd Sakhalin International Film Festival in Russia held from August 23 to 26.

Adapted from Fyodor Dostoyevsky’s novella Meek One, the movie is set in post-war Sri Lanka. The film has already won four international awards including the Cyclo D’Or and the NETPAC Jury Prize at the 19th edition of the International Film Festival of Asian Cinema (FICA) in Vesoul, France, and the SIGNIS Award for Best Film at the 23rd African, Asian and Latin American Film Festival of Milano, Italy.