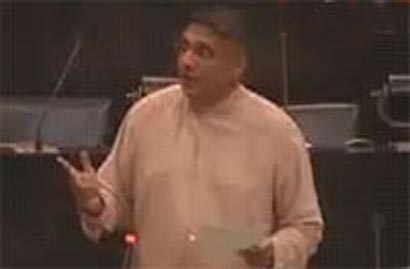 If war crimes had been committed in Sri Lanka they were only committed by the LTTE Sajith Premadasa said in Parliament today. He said this in response to a question posed by Wimal Weerawansa regarding an alleged statement given by Karu Jayasuriya to a newspaper.

Wimal claims that in the statement Karu had proclaimed that a war crimes investigation should be conducted on Sri Lanka.

Following his reply to Minister Weerawansa, Sajith went on to state that the reduction in the maternal mortality rate in the country was a victory of the health sector.

7 Responses to Only the LTTE committed war crimes – Sajith