Only UNP can revive the economy – Ranil 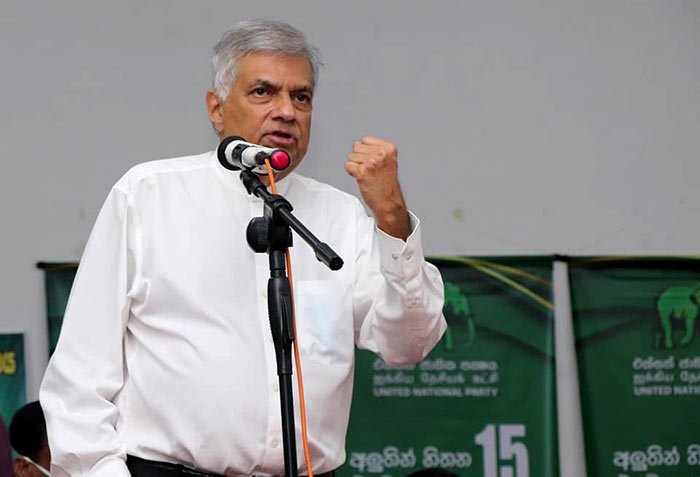 Leader of the United National Party Ranil Wickremesinghe says only the UNP is capable of reviving the country’s economy, which has been left in dire straits in the wake of the COVID-19 crisis.

Speaking at a public gathering in Colombo yesterday the former Prime Minister said no other party possesses such an effective plan.

The former Prime Minister said society and businesses cannot be allowed to collapse in the wake of the COVID-19 crisis, and must be protected.

He claimed the Sri Lanka Podujana Peramuna led government cannot accomplish this task, adding that people were dismissed from jobs and allowances granted to state sector employees were curtailed.

While questioning how people can live on such salaries as it is not enough, Wickremesinghe claimed people cannot survive another six months in the current state.

He added that the country has lost up to $7 billion in foreign exchange from the garment industry, from the Middle East, tourism and exports.

The former Prime Minister noted in order to recover the losses, the country must go before the International Monetary Fund to strengthen the rupee, while adding that the government must bear the weight for one year and there is no way to avoid it.

The UNP Leader said the government instead told the people to bear the weight and have not granted funds nor concessions to those who lost their jobs.

2 Responses to Only UNP can revive the economy – Ranil

Home » Only UNP can revive the economy – Ranil