Outcome of the probe will be known early this week 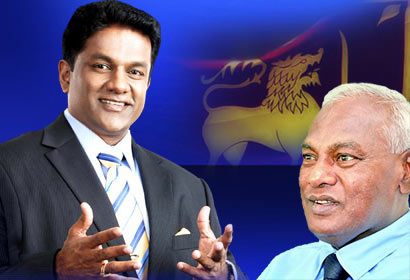 The executive committee of Sri Lanka cricket has appointed an independent panel to probe into the objects against the contestants for next year’s race for the chairs at the Maitland Place office.

The objection against Upali Dharmadasa is claimed to be that he has not played first class cricket and also have not obtained prior special permission from the Sports Minister Mahindananda Aluthgamage prior his handing over of the candidature.
The objections against former chairman Thilanga Sumathipala is said to be his association with the gaming industry, and the media also being involved in the trade of sports goods.

The claim against Sumith Perera is said to be that he had not been a member of the executive committee twice within the last fifteen years.

Sri Lanka Cricket secretary Nishantha Ranatunga explained to the Sunday Times – “Last year when we were contesting we obtained special permission from the Sports Minister prior to handing over the nominations. Now as there are objections against these candidates the committee will probe into the complaints and come to its conclusions by early next week. The committee will interview all the complainants and go into other details too”.

It is also learned that Thilanga Sumathipala has obtained clearance from the International Cricket Council President Alan Isaac to the effect that the ICC would not oppose him in the e vent of him being elected as the President of Sri Lanka Cricket.
The Sri Lanka Cricket Annual general meeting is scheduled for the 30th of this month.

Meanwhile an SLC communiqu said “Mr Ajit Jayasekera, CEO SLC, conducted an inquiry on the Lasith Malinga incident and in his report to the Executive Committee, recommended that Malinga be censured and advised on his behaviour when dealing with the press in the future, considering his standing in the game.

Home » Outcome of the probe will be known early this week