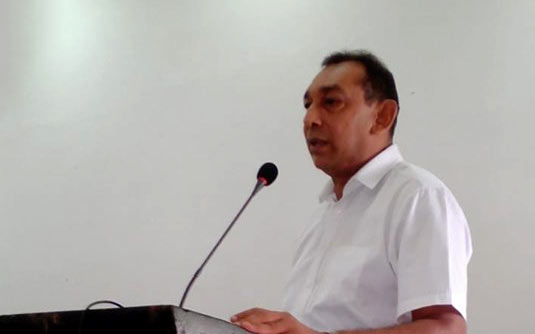 Speaking to media following an event in Galewela the State Minister said the party leaders will make future decisions for the UNP.

The State Minister claimed the village folk were aware that the previous administration had held power for 20 years and had not been able to achieve anything but the incumbent government had fixed what the previous regime had destroyed within a couple of months.

State Minister Aluvihare stressed the grateful public will therefore stand with United National Party which will lead to change at the Presidential Election.

The State Minister stated only persons who had joined the UNP recently had announced the party’s Presidential candidate adding the Party Chiefs including the current Leader, Prime Minister Ranil Wickremesinghe and the working committee will announce the candidate at the right time amidst the support of the party.

State Minister Aluvihare further stressed the party will not take responsibility for statements made by those who had joined the UNP from other parties.