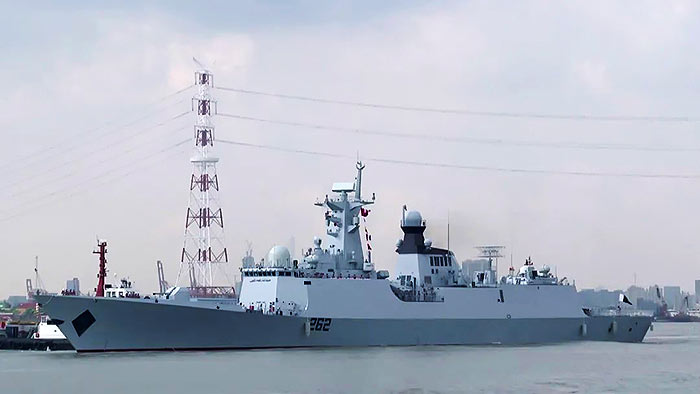 Sri Lanka has granted permission to the Chinese built-Pakistani guided missile frigate PNS Taimur to make a port call at Colombo while on its way to join the Pakistan Navy in Karachi.

Built by Hudong-Zhonghua shipyard in Shanghai, the warship is on its maiden voyage to Pakistan while exercising en route with Cambodian and Malaysian navies.

According to diplomatic sources, India’s close ally Bangladesh denied permission to PNS Taimur as August is a month of mourning for Sheikh Hasina as her father, Sheikh Mujib-ur-Rehman also fondly called Bangabandhu, was assassinated by Pak instigated and Jamait-e-Islami inspired radical Islamist forces on August 15, 1975.

The Sheikh Hasina government is close to the Narendra Modi government with the Bangladesh Prime Minister clear that her father and family were executed to death at the behest of Pakistan. The radical Islamist forces also made an assassination attempt on Sheikh Hasina in 2000 as Prime Minister and in 2004 as the Awami League President.

Prime Minister Sheikh Hasina is scheduled to make a trip to India in the first week of September and along with PM Modi will launch the jointly developed 1320 MegaWatt Maitree Super Thermal Power Project at Rampal in Khulna sub-division.

PNS Taimur, the second of the four Type 054 A/P frigates built in China, was commissioned on June 23, 2022. The lead ship of this class is PMNS Tughril and was commissioned on January 24, 2022. China is also building eight Yuan class -041 diesel attack submarines for Pakistan by 2028 with the objective to militarily flank India on the high seas.