Patience and faith in the side will bail us out: Mathews 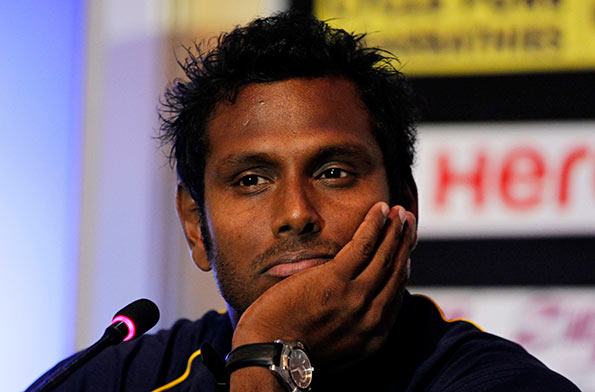 The rebuilding process that Sri Lanka is going through seems to be timed a bit too late and poses some threat to its aspirations of retaining the World T20 title, feels stand-in captain Angelo Mathews.

As a key figure in the Island nation’s present line-up, Mathews is also a part of the think tank, being the skipper of the Test and ODI sides.

There was a hint of despondency in Mathews’s tone when he spoke to The Hindu about the way his team capitulated in the Asia Cup, which is serving as the launch pad for the World event scheduled a few days away.

What do you take back from this tournament?

We have not played to our potential and we do not deserve to be in the final the way we played. The only positive we can take back from here is that our bowling has been pretty good, though we picked up a bit in the batting department against India. The fielding has been pretty good but we still can improve.

Why are things not working out for you?

The combination is not settled yet as we have a lot of inexperienced guys and we are depending on a handful of seniors to deliver all the time, which I think is not ideal.

Whether we like it or not we have to perform with this team.

How long do you think this rebuilding process will take?

I am standing in for (injured) Lasith Malinga as captain and cannot be specific about the thought process of the selectors but as a senior I can say that we need to keep faith in the same combination and try not to change it too much.

This is what we have and we should now try to find a way to get out of the hole that we have dug ourselves into.

The confidence and body language that is typical of the side is palpably missing.

It is more about situation handling and in big tournaments like the Asia Cup and the World Cup you need a set team and experienced players.

Look at the other teams, they are quite settled, with quite a few senior guys in the team. For the moment we have to be patient and hope that things, especially our batting, clicks at the right time.

With the World Cup around the corner do you think the rebuilding process could have started earlier?

I think so, but I really cannot comment on the thought process of our selectors.

Usually the teams try to settle down way before the big tournaments, but unfortunately we have not really clicked so far.

We still have some time and we need to be patient and have faith in the boys. Now is not the time to chop and change.

What do you think about your World Cup prospects?

It is going to be very challenging and we have to stick to our plans and try our best to work them out properly.

Both the groups in the World Cup are quite even and in that way quite tough for all the sides. We need to play some really good cricket to be on top of the group.

Is the pressure even greater as you go to the World Cup as the defending champion?

It is unfortunate that we crashed out of the Asia Cup so early. Couple of years back we won the Asia Cup and the World Cup together.

So, it is quite depressing to be home so early. But we have to accept the truth that we have not played good cricket to be in the finals and start preparing for the World Cup.

At this point do you think the void created by the retirement of players like Kumar Sangakara and Mahela Jayawardena is too big to be filled?

It is a massive void and it will take a bit of time for the younger guys to step up. But if we can plan properly you can overcome those issues.

The challenge now is to get the team back into the winning mould as quickly as possible.

2 Responses to Patience and faith in the side will bail us out: Mathews

Home » Patience and faith in the side will bail us out: Mathews