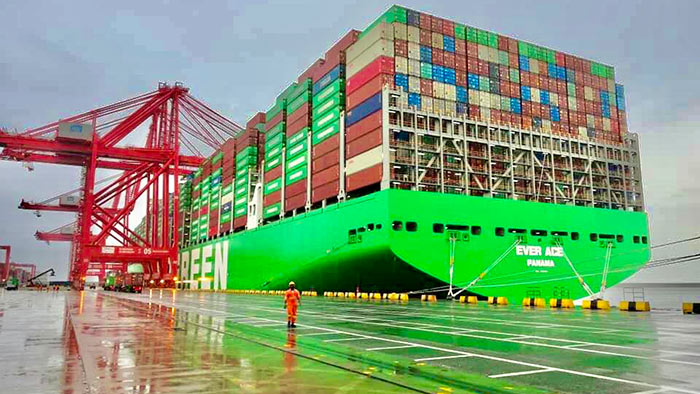 The use of US $ 1 billion Indian credit line for the release of around 1500 containers of essential food commodities already imported from India and stuck at the port has been hampered since some of the shippers are not ready to accept payment in Indian rupees, a spokesman said.

The government signed an agreement with India to secure the credit line to import food items and medicines from India. In the wake of signing the agreement, Trade Minister Bandula Gunawardana said he gave instructions for the initiation of steps to get these cargoes released using the credit line.

However, a spokesman for the Essential Food Commodities Importers and Traders Association said a lot of formalities remain to be completed for the credit line to materialize.

He said payments should be made in Indian currency to shippers.

“Some of the shippers insist on payments in US dollars. We face this problem in securing the release of items already stuck at the port. We may be able to overcome this problem for future imports,” he said.

The importers had a meeting with the Finance Ministry yesterday and the day before in this regard.

Besides, he said a lot of paperwork remains to be done in this exercise even involving the Indian High Commission for approval of the suppliers.

Also, the spokesman said the prices of imported food commodities had increased at least by 30-40 percent due to the depreciation of the rupee value against the US dollar.

Dhal price has increased to 375-380 a kilo in the wholesale market. The prices of sugar, rice and spice varieties have also increased similarly .