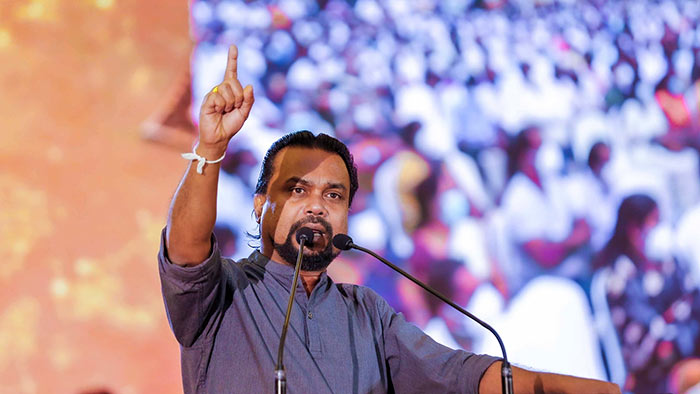 Parliamentarian Wimal Weerawansa says he will reach severe decisions in future considering the prevailing situation in the country.

Speaking to media following an emergency meeting of 11 parties affiliated with the government, MP Weerawansa said even staunch Ministers of the Sri Lanka Podujana Peramuna are resigning from their posts, in protest against the power hungry actions of the government and efforts by pro-US individuals to colonise the country.

He claimed the country is unstable at present due to poor leadership.

Commenting on several Sri Lankan Embassies and Consulates being shut down due to the shortage of dollars, the Parliamentarian said the Minister of Finance claimed power cuts and gas and fuel shortages will be resolved by next week.

MP Weerawansa said obtaining loans from India or any other country will not resolve prevailing issues in Sri Lanka, while claiming the situation will worsen by next year.

The MP said the government failed to take necessary action adding the present administration is engaged in selling state resources to India and the United States while claiming to address people’s burdens.

MP Weerawansa added three such agreements were signed prior to obtaining the approval of the Cabinet of Ministers.

He said the Under Secretary for Political Affairs of the US State Department Victoria Nuland arrived in Sri Lanka with the aim of implementing the Millennium Challenge Corporation in an alternative manner.

MP Weerawansa reiterated they will not allow pro-US factions to push the nation towards bankruptcy.

Meanwhile Minister Vasudeva Nanayakkara said there is an urgent need to bring the country’s political leadership before the public and to table a serious charge sheet against the government.

When inquired by the media regarding who will attend the All Party Conference representing the 11 parties affiliated with the government, Minister Nanayakkara said Parliamentarians Tissa Vitarana and Ven. Athuraliye Rathana Thera will attend the conference.

2 Responses to Country unstable due to poor leadership – Wimal