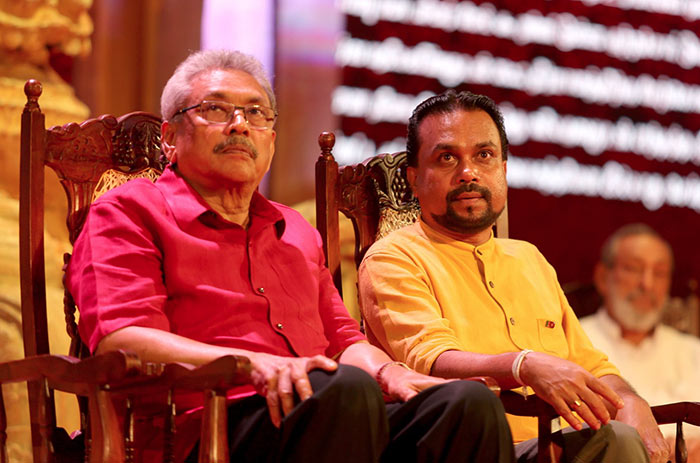 People are requesting for a combination of Opposition Leader Mahinda Rajapaksa and Sri Lanka Podujana Peramuna Presidential candidate Gotabaya Rajapaksa because they trust that the duo  defeated terrorism in country will be able to rescue the country and ensure national security, claimed MP Wimal Weerawansa.

“People need a father who will protect the country as he protects his children. People have faith that Gotabaya Rajapaksa will do it in the future.

He is capable of protecting the country as his own family with the support of Mahinda Rajapaksa. The country needs a leader who can finish the issues within the country without making them worse,” he added.

Weerawansa said that citizens have come around Gotabaya Rajapaksa irrespective of religion, cast and status. He claimed that the country is in a situation where international powers are trying to capture it as they know the value of this small country.

In the meantime, Weerawansa said that Minister of Finance Mangala Samaraweera is trying to suppress the social media by bringing new acts and laws.

NFF National organiser Jayantha Samaraweera and Weerawansa handed over the Party proposals to Rajapaksa at the convention.

Speaking at the convention MP Vasudeva Nanayakkara said that this convention was another sign that people are accepting Gotabaya Rajapaksa as their future President.