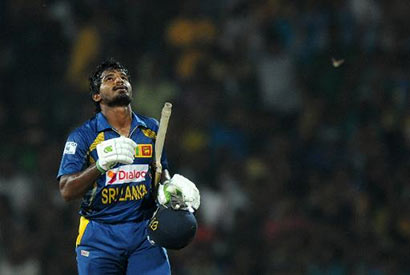 Dubai — Sri Lanka called up opener Kusal Perera on Monday after experienced batsman Lahiru Thirimanne was ruled out of the remainder of the three-Test series against Pakistan.

Thirimanne, 24, suffered an ankle injury in the first of five one-day internationals which Sri Lanka lost to Pakistan 3-2.

He was kept in the squad in the hope he would get fit for the Test series, which started with a draw in Abu Dhabi, but he will play no part after failing to recover in time.

The 23-year-old Perera has played 19 ODIs but is yet to make his Test debut.

“We don’t have a back-up if another batsman gets injured so we requested for Kusal,” said de Zoysa.

Thirimanne is the second player to return home after seam bowler Nuwan Kulasekara suffered a hamstring injury and was not selected for the first Test.

Perera will join the squad in time for the second Test, which starts in Dubai on Wednesday.

The third and final Test will be played in Sharjah from January 16. (AFP)