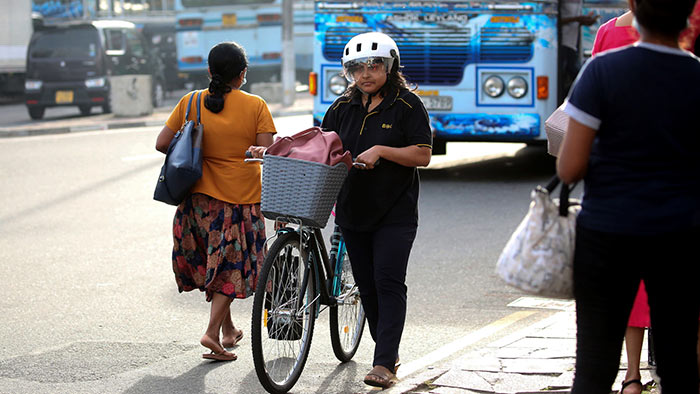 The Colombo Municipal Council (CMC) is going to launch a pilot program to allocate a separate lane for bicycle users today (July 29) as there is a significant increase in the use of push bikes in Sri Lanka due to current fuel and transport problems.

A senior official of the Colombo Municipal Council said that the pilot program will be launched today at 11:00 AM in front of Bank Avenue, Colombo.

He said that separate lanes have been reserved for bicycles on Bank Avenue and slots have been allocated for safe parking of bicycles.

The official added that apart from the pilot program in Bank Avenue, there is also a plan to allocate a separate bicycle lane on George R. de Silva Mawatha in Kotahena from today (July 29).