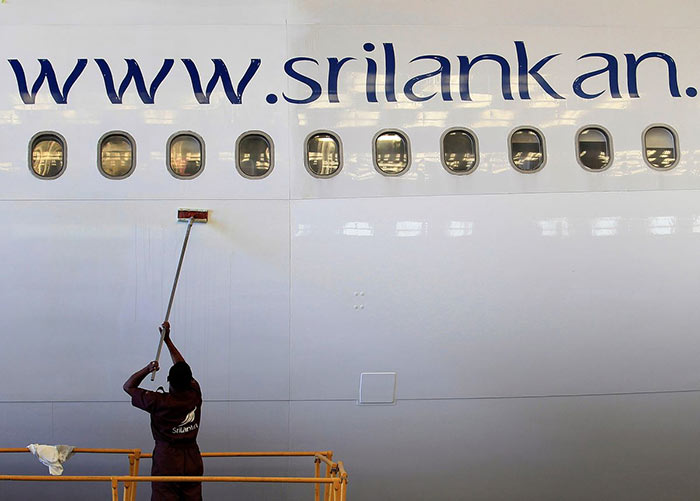 A plan by Sri Lanka’s state-owned national airline to lease nearly two dozen aircraft has sparked public criticism and opposition condemnation as the country struggles with its worst financial crisis in decades.

Sri Lanka is struggling with low reserves that have declined more than 70% over the past two years to $1.93 billion at the end of March.

The dollar crunch has caused acute shortages of fuel, food and medicines, with rolling power cuts for hours a day for more than a month.

On Tuesday, Sri Lanka suspended some external debt repayments and said it would instead use meagre dollar cache to focus on essential imports.

Tender notices for the lease of 42 aircraft were published on the airline’s website on Thursday.

SriLankan Airlines has been struggling with a fall in tourism because of the COVID-19 pandemic and the economic crisis.

“This must be a joke?!,” a member of parliament from the main opposition Samagi Jana Balawegaya (SJB) alliance, Harsha de Silva, said in a post on Twitter.

“Sri Lanka is bankrupt; no fuel, gas or medicine. Where the hell is money for this nonsense?! Better immediately clarify.”

Another opposition party, the United National Party (UNP), demanded that the carrier cancel the proposal while numerous Sri Lankans expressed their disapproval online.

“What good is new aircraft when you won’t have fuel to fly,” said Twitter user Shiv Theyagamurti.

The airline’s chairman, Asoka Pathirage, said the carrier was looking for 21 planes to lease in an initial round as part of its 2022-2025 business plan to replace aircraft that would be phased out of its existing fleet.

“We are only looking at availability in the market. SriLankan Airlines will finance these leases and we will not depend on funds from the government,” he told Reuters.

“The airline has been making profits. We do have debt but we have to make money to repay them.”

The government will begin talks with the International Monetary Fund for a loan programme on Monday.