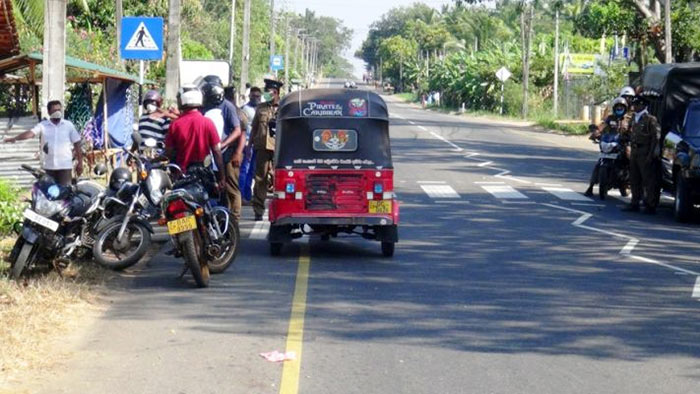 Over 338 persons have been arrested for violating curfew island-wide from 6.00 am on Friday to 9.00 am today (22), according to the Police Media Spokesperson.

The majority of the violators were arrested for loitering on the roads, stated the Police. In addition, some were arrested on charges of gathering at playgrounds and consuming alcohol, traveling on the road in vehicles, opening restaurants during curfew, disorderly conduct under the influence of alcohol and engaging in sales.

The Police Media stated that the relevant police stations would initiate legal action against the curfew violators. Curfew imposed in Colombo, Gampaha, and Puttalam districts has been extended till 6.00 am on Tuesday (24) and will be re-imposed by 2 pm the same day.

Curfew in other districts will be lifted at 6.00 am on Monday (23) and re-imposed at 2.00 pm on the same day. This will be effective until 6.00 am on Tuesday (24). The government announced that further action would be notified later.