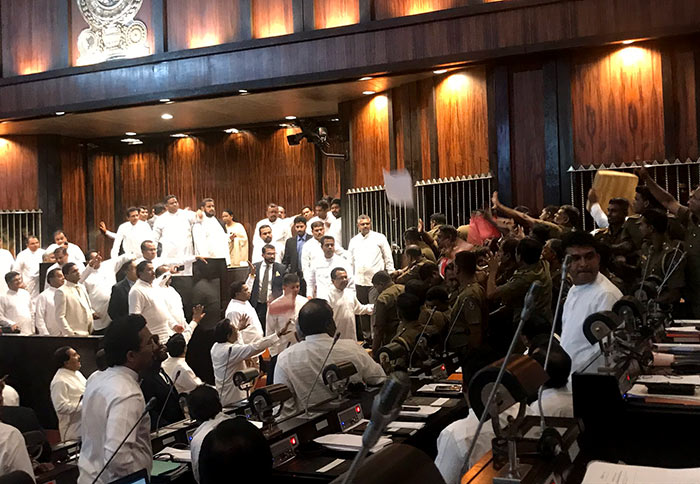 Police personnel have entered the Parliament chamber to control the situation due to the protest by government MPs, who are obstructing the commencement of the parliamentary session.

A large number of police officers guarding the Speaker and the Mace entered the chamber and attempted to reach the Chair of the Speaker.

However, the government MPs gathered near the chair and protesting while also occupying the chair prevented the police officers from coming close by throwing various objects at them.