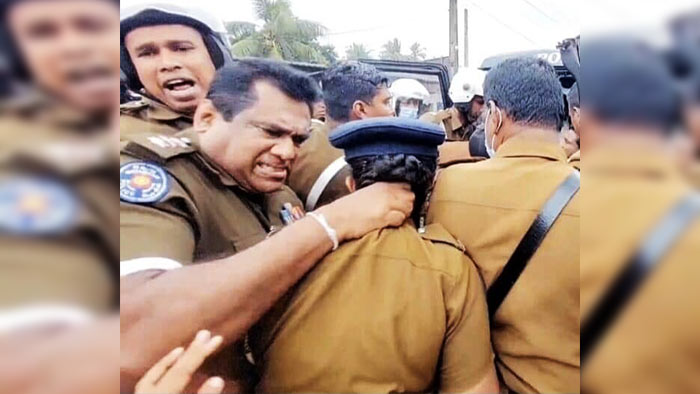 A special police investigation has been launched against the Panadura South HQI after they were caught on camera physically assaulting female protestors and female police officers during a protest in Pallimulla, Panadura yesterday (November 12).

The video showing the Panadura South HQI and his team harassing female protestors and female police officers went viral on social media yesterday, with users expressing shock and anger over the abuse.

The harassment happened in Panadura when two women, had been marching towards Galle Face Green from Kalutara, demanding the release of activists detained under the Prevention of Terrorism Act (PTA).

The two women were arrested by the police.