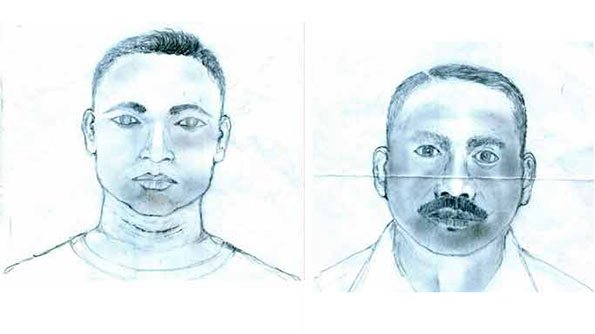 Police today released sketches of two persons who are suspected to be involved in the assassination of senior journalist Lasantha Wickrematunge in 2009. Police are looking for public assistance to track down the alleged assailants.

Police said the sketches were drawn by the sketch artist based on descriptions given by witnesses at the crime scene.

Police have requested the public to contact the below mentioned numbers to give any information regarding the suspects:

Mr. Wickrematunge was shot in the head at Atthidiya in Dehiwala on January 08, 2009, by two gunmen on a motorbike.