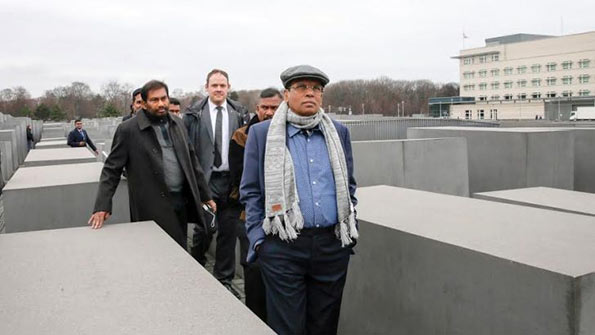 President Maithripala Sirisena who arrived in Berlin yesterday morning (Feb. 16) visited the Holocaust Memorial and the Jewish museum in the evening.

The Holocaust Memorial in Berlin has been built to memorize the Jewish victims of the Holocaust. This, which has been designed by architect Peter Eisenman and engineer Buro Happold holds the names of approximately 3 million Jewish Holocaust victims.