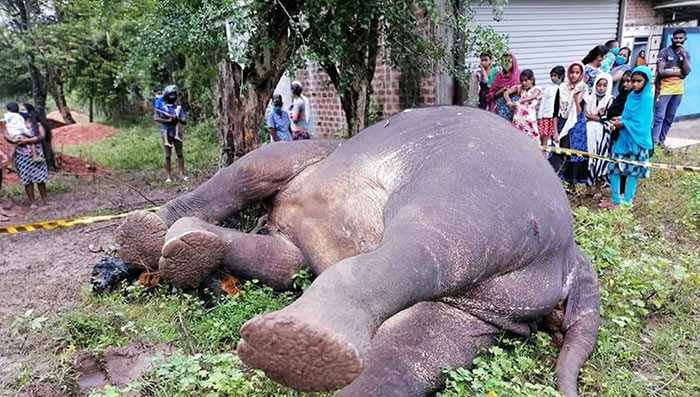 A Police team from the Kahatagasdigiliya Police Station was dispatched to the Nolugollekada village at around 12:30 a.m., on 26 December, after residents sought assistance to chase away a wild elephant that was destroying their crops.

A team of Kahatagasdigiliya police officers had gone to the village at around 12:30 a.m., on 26 December, following a tip-off from residents that a wild elephant had come and damaged houses and crops.

The wild elephant had attempted to attack a police jeep in the Nolugollekada area on the Kahatagasdigiliya – Ratmalgahawewa main road.

“We don’t have adequate equipment or training like the Wildlife Conservation Officers, to chase wild animals, yet we send our Officers to assist residents. On 26 December, three of our Sergeants were sent to assist the residents. Once they chased away the wild elephant, they prepared to leave the place, but the animal came back from a different direction, and one of our Sergeants shot it, to bring the situation under control and save others,” the Kahatagasdigiliya OIC said. The wild elephant died on the spot.

The elephant is about eight feet tall and nearly 30 years old, Police said.