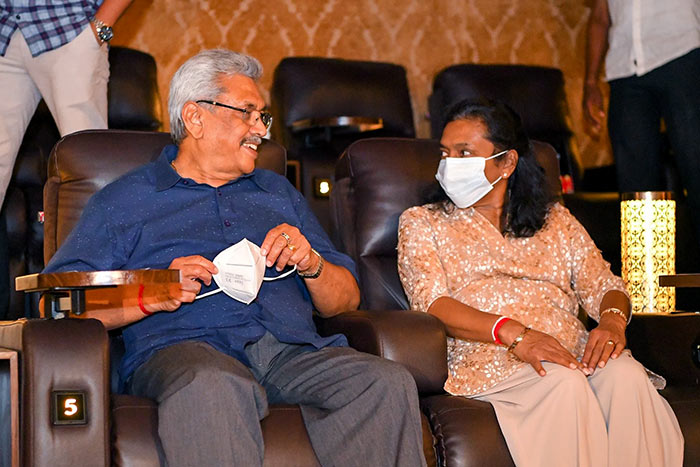 The movie was screened at One Galleface-PVR yesterday (June 28). The film has been co-directed by Sarath Kothalawala and Kumara Thirimadura while its co-producers are Minister Bandula Gunawardana, Raveendra Guruge and H.D. Premasiri.

The movie is scheduled to premiere on the 2nd of July and the first show (10.30 am) will be open to the public free of charge.

Personnel in Healthcare services, Tri-forces, Police and media who had been engaged in eradicating COVID-19 virus are allowed to watch the movie once using their Office ID.

Principal advisor to President, Lalith Weeratunga, Secretary to the Prime Minister, Gamini Senarath were present at the special screening of the movie.