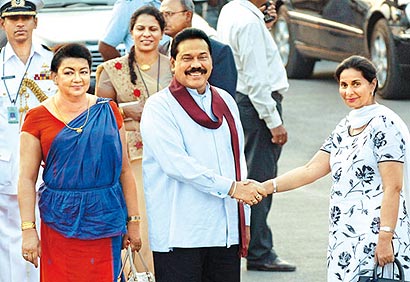 President Rajapaksa will meet Indian President Pratibha Patil and hold bilateral talks with Prime Minister Manmohan Singh. The discussions are expected to cover the rehabilitation of Tamils and the proposed Comprehensive Economic Partnership Agreement (CEPA) between the two countries among other things, Indian networks have reported.