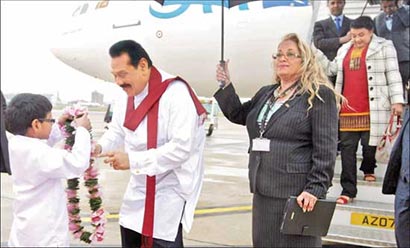 President Rajapaksa and the First Lady will attend a reception and a concert at Buckingham Palace, Service of Thanksgiving at St Paul’s Cathedral, a reception at Guildhall and a lunch hosted by Commonwealth Secretary General Kamlesh Sharma in honour of the Queen.

While in Rome, President Rajapaksa will participate in Vesak celebrations organised by the Sri Lankan embassy in Rome at the FAO headqaurters.