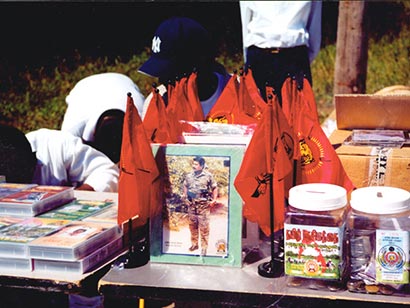 A 2001 file photo shows a donation container and Tamil flags displayed for sale at the renovated Hindu Temple Society in Richmond Hill.

The Canada Revenue Agency has fined two Hindu temples in the Toronto area for sending money to a suspected front organization for Sri Lankan rebels following the 2004 Indian Ocean tsunami.

The Richmond Hill Hindu Temple and the Hindu Mission of Mississauga, both registered charities, have been hit with $140,000 and $300,000 fines over money they sent to “non-qualified donees,” the CRA said.

The federal charities regulator said the temples had donated tens of thousands of dollars to the Tamils Rehabilitation Organization, which it called “part of the support network” of the Liberation Tigers of Tamil Eelam, or LTTE.

In letters to the temples, the Charities Directorate wrote that “the use of a registered charity’s resources to sustain the objectives and operations of the LTTE, either directly or indirectly through organizations that operate as its support network, is inappropriate.”

The CRA said it had stopped short of revoking the temples’ charity status because of “extenuating circumstances,” including the tsunami disaster and the fact that both had agreed in writing to comply with federal charity regulations in the future.

The fines stemmed from the massive fundraising efforts that followed the 2004 Boxing Day tsunami that devastated coastal Sri Lanka. While Ottawa matched contributions to two dozen humanitarian organizations, the temples instead sent donations directly to the TRO in Sri Lanka.

At the time, there was widespread concern among Canadians of Sri Lankan origin that international relief funding was not getting to the island’s rebel-held north and east, where the ethnic Tamil minority is concentrated.

Manick Ambikapathy, secretary of the Richmond Hill temple, said the Sri Lankan government was diverting foreign aid to areas in the southwest inhabited by members of the ethnic Sinhalese majority.

“The Tamils all over the world don’t trust the Sri Lankan government,” Mr. Ambikapathy said. “Seventy percent of the affected areas are Tamil areas but 80 percent of the funds went to the southwest. That’s not fair.”

Directly funding the TRO was the only way to get assistance to the Tamil areas, he said. “The people, spur of the moment, contributed the money to TRO. And TRO was recognized by United Nations and USA, Canada at the time.”

But the TRO has been publicly linked to the Tamil rebels since the late 1990s, and the Charities Directorate wrote that the temples were “likely to have been fully aware of evidence pointing to the TRO’s relationship to the LTTE.”

Documents released Monday by the revenue agency show the Richmond Hill temple sent $118,000 to the alleged rebel front group in 2005 and 2006, while the Mississauga temple donated $85,000.

“Providing support to organizations operating in association with the LTTE is not charitable,” the CRA wrote. “First, political objectives, including the achievement of nationhood or political autonomy for those of a particular ethnic or religious identity, are not recognized in the law as charitable purposes. In addition, it is well established that an organization will not be charitable in law if its activities are illegal or contrary to public policy.”

Each temple has since signed a compliance agreement in which it pledged not to “engage in activities or use its resources in any manner to promote or support Tamil independence or the creation of a Tamil state.”

The fines are the latest sanctions imposed by Ottawa against non-profit groups over suspected financial links to the now-defeated Tamil Tigers, who raised millions in Canada during their unsuccessful fight for independence.

In 2010, the CRA shut down the Tamil (Sri Lanka) Refugee-Aid Society of Ottawa, a charity affiliated with a Canadian convicted of trying to buy missiles and AK-47 assault rifles for the Tamil Tigers in 2006.

The government outlawed the World Tamil Organization, which had offices in Toronto and Montreal, in 2008 after a police investigation found it was operating as a fundraising arm of the Tamil rebels.

The National Post reported in 2001 that, during a visit to the Richmond Hill temple, a reporter had seen collection jars and youths selling Tamil Tigers flags, photos and videos of rebel leader Velupillai Prabhakaran.

The lawyer representing the Mississauga temple, Hari Nesathurai, said the fine was unfair and would be appealed. He said the disputed donations had paid for housing and humanitarian relief for tsunami victims.

“It was mainly because we wanted to give relief to the north and the east,” he said. “And our research indicated that the TRO was recognized by the government of Sri Lanka and in fact received an award from the government of the day for its efforts during the tsunami relief.” 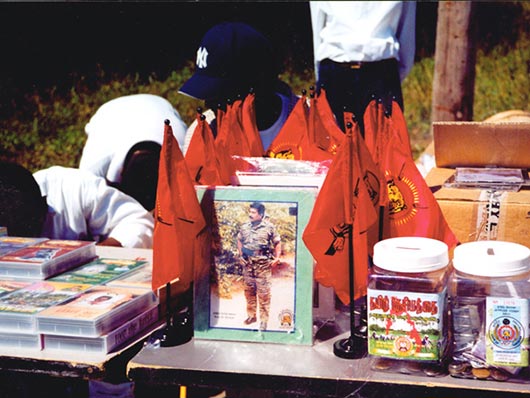 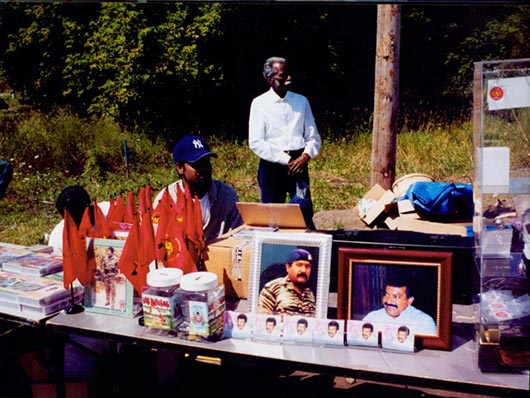 Notice of Penalty_Hindu Mission of Mississauga