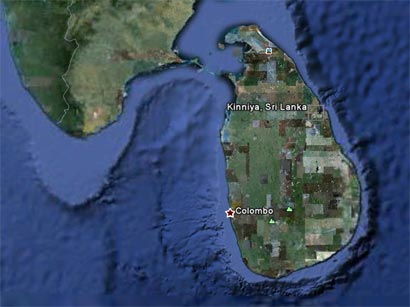 President Mahinda Rajapaksa had given an assurance that the excess army personnel in Kinniya would be withdrawn gradually, Trincomalee Parliamentarian M.S. Thowfeek told the Tamil Mirror website yesterday.

He quoted the President as saying some unwelcome incidents connected with a mythical devil had necessitated the deployment of the army in some parts of the country. The attack on the Kinniya Navy Camp had taken place at a time when the newly established navy camps in the coastal area of Trincomalee were about to be removed, Mr. Thowfeek quoted the President as saying.  Trincomalee Parliamentarian Thowfeek met the President when he came to Parliament yesterday and handed over a memorandum requesting for the withdrawal of excess army personnel in Kinniya. Defence Secretary, Gotabhaya Rajapaksa too, at a meeting with Muslim representatives at the Defence Ministry on Tuesday (23), had suggested that it had been on the insistence of people in the area that more army personnel had been moved into Kinniya.

4 Responses to President assures reduction of army in Kinniya