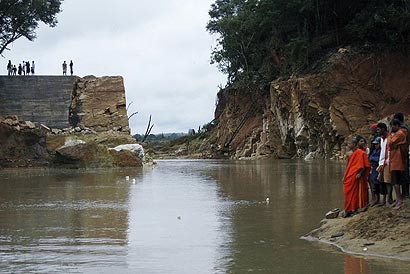 Jayasekara stated that the President had directed to money scheduled to be spent on the shows to be instead donated to provide relief for the flood affected.