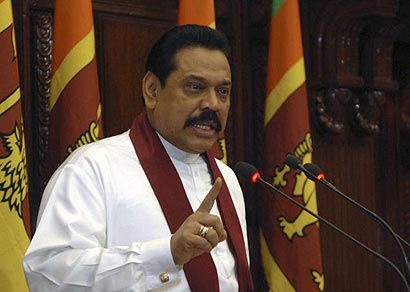 President Mahinda Rajapaksa strongly condemns the cowardly terrorist attack in Mumbai and condoles with the families, the government and the people of India, Director General of the President’s Media Bandula Jayasekera stated.

“I strongly condemn the dastardly attacks on innocent civilians in Mumbai this evening (July 13). Terrorism should not be tolerated in our region and should not be allowed to raise its ugly head anywhere in any form or manifestation”, he said.

“The people of Sri Lanka stand in solidarity with the people of India and will continue to work collectively with the peace loving people of the region to eradicate terrorism in all its forms and manifestations.

“Our thoughts and prayers are with those who have been wounded and those who lost their loved ones as a result of the violent attacks”, President Rajapaksa added.