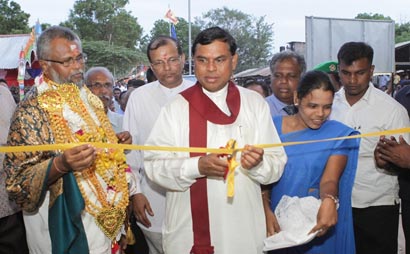 Economic Development Minister Hon.Basil Rajapaksa  said that his Ministry has a plan to convert the new market into an Economic Centre in future in order to facilitate farmers in Jaffna to market their cultivations such as Onions and other products.

This was stated by the Minister Basil Rajapaksa while inaugurating a new market at Nelliyadi Junction in Jaffna on  Wednesday (13) evening,.