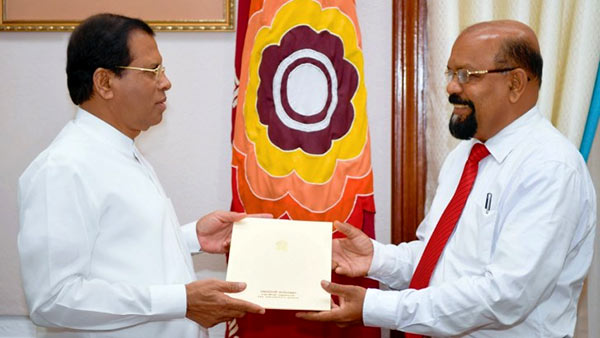 President Maithripala Sirisena has given Rs. 45 million for gold plating the golden canopy of the historic Temple of the Sacred Tooth Relic.

The President made this donation, responding to a request made by the Mahanayake Theros of the Malwathu and Asgiri Chapters. The President handed over the relevant cheque in this regard to the Kandy District Secretary Mr. H.M.P. Hitisekara at the Presidential Secretariat, yesterday (22).

The golden canopy was offered to the Temple of the Sacred Tooth Relic by the former President R. Premadasa and it has been placed over the main shrine.

In 1998 the golden canopy was sustained damage from bombings by the LTTE and in 2001 it was fully restored.

The golden canopy was scheduled to reconstruct after 16 years from that date and the financial donation made by the President Sirisena will be utilized for this purpose.