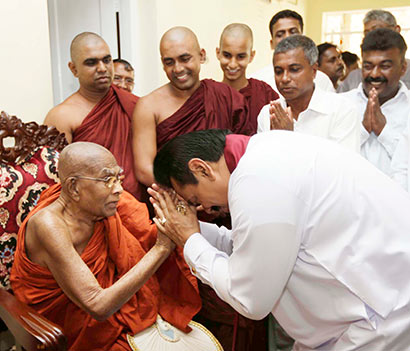 President Rajapaksa also participated in a series of pinkamas organized at the temple in connection with the prelate’s birthday and exchanged pleasantries with devotees present there. The President also unveiled a plaque of a silver plated statue of the Ven. Gnanarathana Thero erected at the Viharaya premises. This felicitation ceremony was organised by the Vihara Dayaka Sabhawa. Members of Mahasangha and a large number of people living in the area were also present. Nayaka thero is seen here blessing the President. 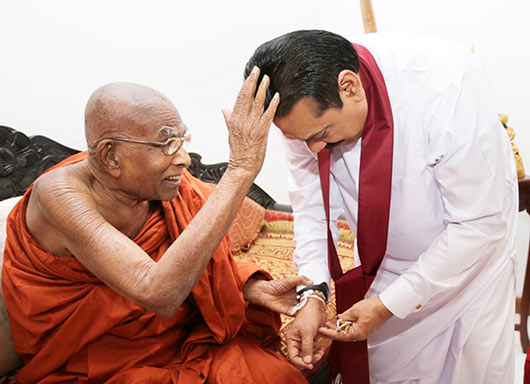 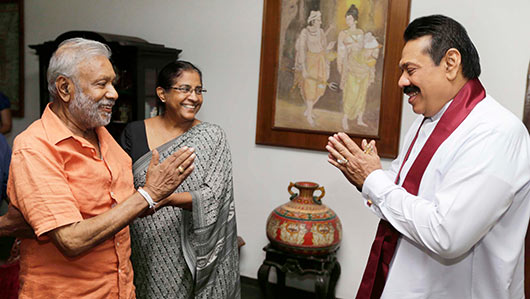 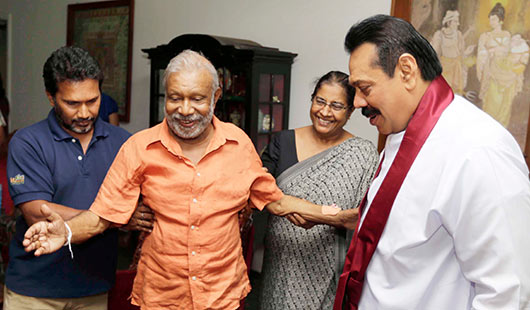 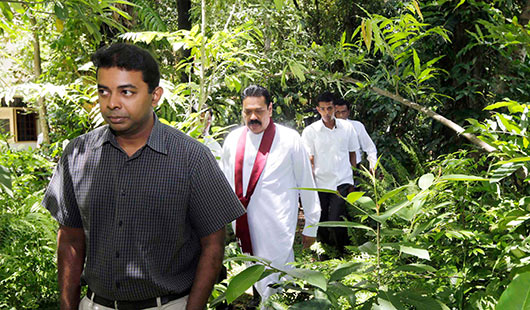