Sri Lanka, Indian leaders discussed regarding the issues related to how to boost the progress of SAARC cooperation and the Indian Prime Minister conveyed his best wishes for President on his victory in recently concluded elections.

The Indian Prime Minister pledge to provide their fullest cooperation to make success future plans of the Sri Lankan Government.

The President also held discussions with the Switzerland President Simonetta Sommaruga. The Swiss President told President Sirisena that many Sri Lankans living in Switzerland at present and said that the Swiss government expects to further strengthen relationship with them as well as to provide the Government of Switzerland assistance to development works in Sri Lanka.

President Maithripala Sirisena apprised the Swiss President regarding the North East development and said that the Government of Sri Lanka expects the assistance of the Swiss Government in this regard.

Following that, the President Sirisena also met with the President of ICRC Peter Maurer. The President appreciated the service rendered by the ICRC till today and said that the Government expects their service in the future too.

The President of the ICRC said that he is very satisfied with the works done by the new government and he believes that the government will move forward minimizing existed weakness. The President said that already his government has taken steps in this regard.

A Sri Lankan delegation including Foreign Minister Mangala Samaraweera participated in the discussions. 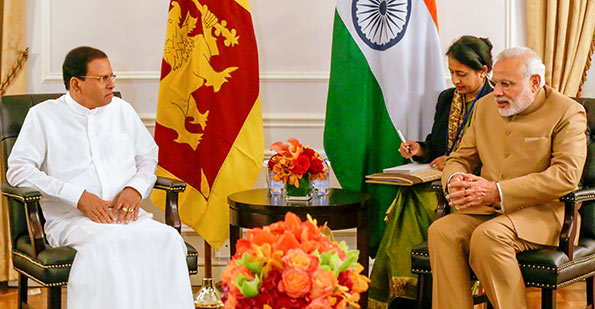 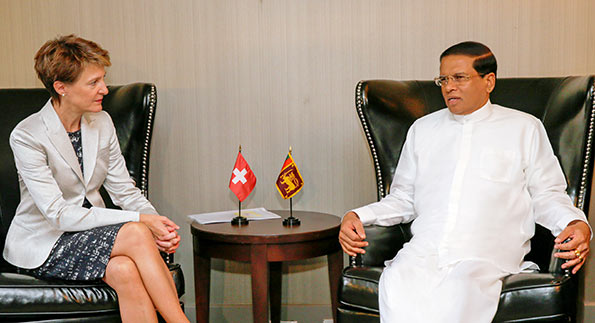