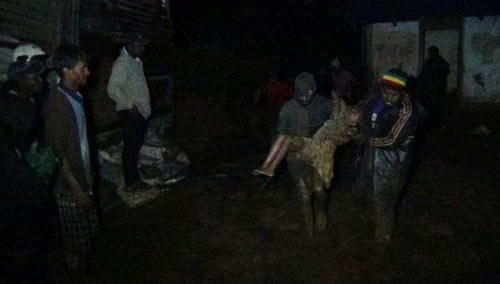 Police and residents launched a search operation to rescue the missing. Disaster Management Centre officials said relief workers found it difficult to reach the area due to the inclement weather.

A Geological Survey and Mines Bureau official said the bureau did not issue an alert as the area did not experience heavy showers. “We have sent a team of officials to inspect the area where the landslide had taken place,” he said.