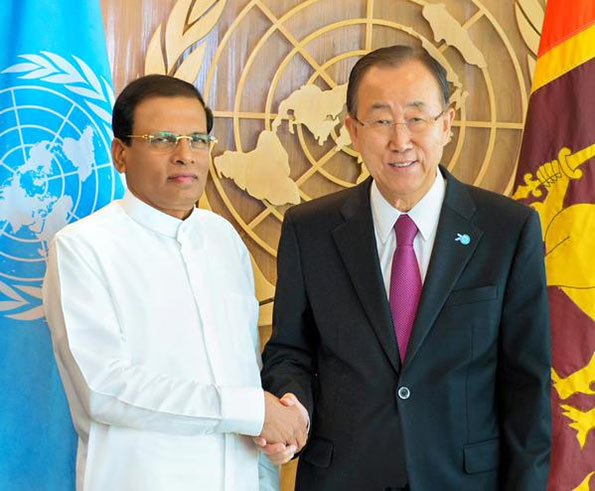 President Maithripala Sirisena today met with the Secretary General of the United Nations Ban Ki-moon on the sidelines of the 70th Session of the UN General Assembly in New York.

Inaugurating the session for 2015, the summit on Sustainable Development commenced with the key note address by the Pope Francis.

The Summit on Sustainable Development – 2015 which commenced parallel to the 70th Session of the UNGA will be held till September 28th.

President Sirisena is scheduled to address the 70th Session of the UNGA on September 30th.