President hopeful WHO would provide 600,000 doses of AstraZeneca for Sri Lanka 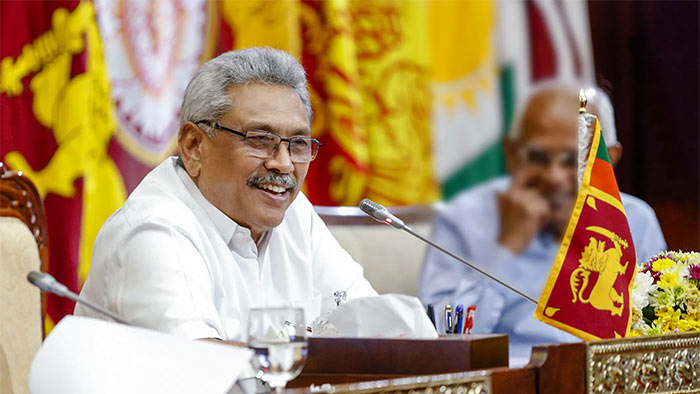 President Gotabaya Rajapaksa said today that he was hopeful that the World Health Organization (WHO) would make effort to fulfil Sri Lanka’s need for 600,000 doses of AstraZeneca vaccine for the second dose.

President Rajapaksa said this after a discussion he had with WHO Director General Tedros Adhanom Ghebreyesus via zoom technology on the current COVID situation.

The President said it was a useful meeting while WHO Chief thanked him for having updated the country’s response to COVID.

“We discussed the need to keep implementing public health measures to control transmission and stressed WHO’s commitment to help overcome challenges in accessing the needed vaccines,” the WHO Head tweeted.

Meanwhile, President Rajapaksa said in his Tweeter that he believed that WHO would fulfil Sri Lanka’s need for 600,000 doses of AstraZeneca vaccine for the second dose.

“At the meeting, it transpired that approval would be given in another 2-3 days for China’s Sinopharm vaccine for emergency use. With that approval, Sri Lanka would be able to start vaccinating our people with the current volume of 600,000 Sinopharm doses in hand,” the President tweeted.

While commending the control of the pandemic during the first wave, the WHO Chief said he was hopeful that the current surge in affected persons would soon be brought under control.

The President also registered his appreciation of the support the WHO has been providing through the regional and Colombo office level.

1 Response to President hopeful WHO would provide 600,000 doses of AstraZeneca for Sri Lanka

Home » President hopeful WHO would provide 600,000 doses of AstraZeneca for Sri Lanka