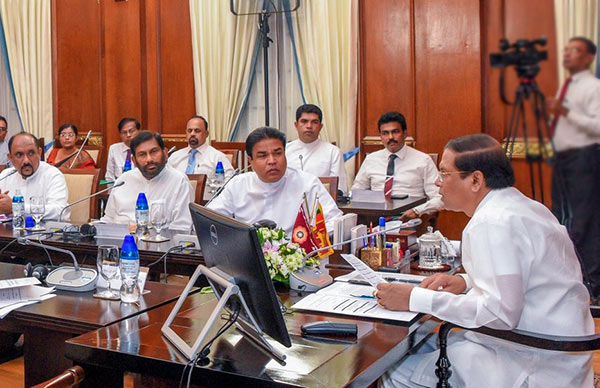 President Maithripala Sirisena has given instructions to the relevant authorities to fulfill their respective duties with great commitment and an efficient manner with a war footing to control the Fall Army (Sena) caterpillar, which poses a massive threat to the agricultural crops.

The President further instructed to jointly implement a program to spray pesticide with the assistance of the public as well as the private sector and launch such a national programme with a time frame.

President Sirisena has given these instructions during a meeting held at the Presidential Secretariat, yesterday (22) on finding swift measures to face the challenges occurred in the fields of agriculture as a result of the rapid spread of Sena caterpillar.

In addition, the President stated that the implement awareness program for farmers and farmer organizations to educate them on the imperative need to control and eliminate this pest. He asked that the program should be implemented with the participation of the agricultural researchers and field officers of government and privet sector.