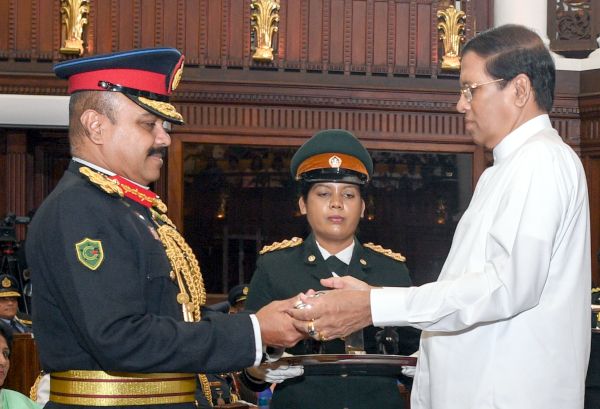 These medals were awarded to the Senior Officers of the Regular Forces of the three services for exceptional and distinguished services with 25 year’s loyal service.

The ceremony began with the playing of the national anthem, which was flowed by 2-minutes silence to honour the soldiers who sacrifices their lives.

65 retired officers in the Tri Forces were honored medals of services of excellence and they included 40 army officers, 12 navy officers and 13 Air force officers.

After the presentation of medals they posed for a photograph with the President.