President promises to bring those responsible to book 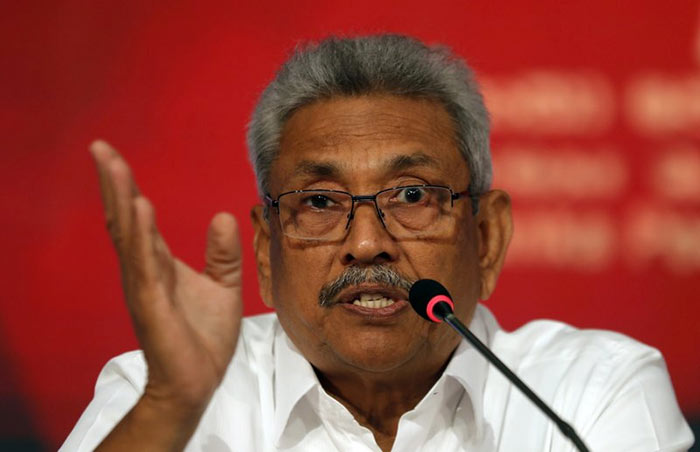 President Gotabaya Rajapaksa has stressed the importance of finding out those responsible for the collapse of the security apparatus that led to the Easter Sunday attacks in April.

The President viewed that the motives behind the attacks should be identified and those responsible brought to book, adding that His Eminence Malcolm Cardinal Ranjith holding the same viewpoint.

President Rajapaksa made these remarks when he met members of the Presidential Commission of Inquiry investigating into the Easter Sunday attacks, at the Presidential Secretariat yesterday.

Commission Chairman and Court of Appeal judge Janaka De Silva briefed the President about the composition  of the Commission and the progress of the investigations conducted sofar regarding the Easter Sunday tragedy.

“The Security Council met regularly when I was the Secretary of Defence and we discussed the security situation in the country with the intelligence officials,” the President said.

He added that prompt action was taken, when we received information that was detrimental to national security.

“We were able to deport 160 preachers who were propagating extremism in the country based on this information,” he said.

The Commission Chairman also said that the authorities have failed to seriously take into account the information related to an imminent attack.

President Rajapaksa said that the previous government’s lenient policy towards national security led to the collapse of the intelligence apparatus. “This situation has resulted in the continuation of the propagation of Islamic extremism unabated,” he said.

The President while agreeing to provide necessary facilities to the Commission also stressed the importance of having recommendations to prevent a recurrence of that type of barbaric attacks.

4 Responses to President promises to bring those responsible to book

Home » President promises to bring those responsible to book