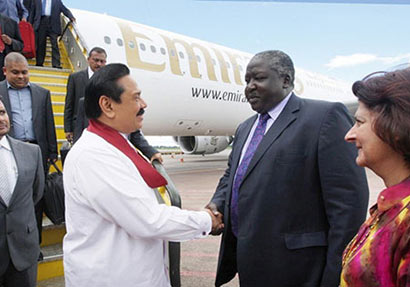 President Mahinda Rajapaksa arrived in Kampala, Uganda, this afternoon on his four-day official visit to the East-Central African country. 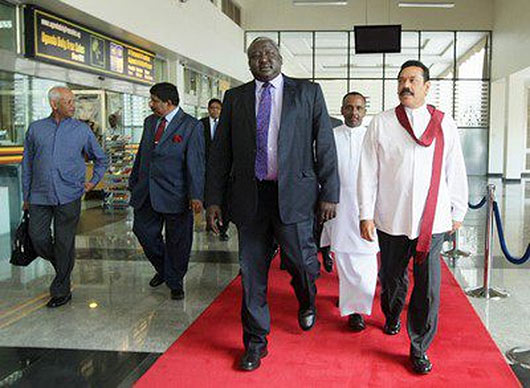