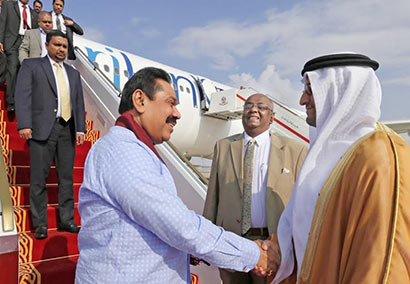 The President who left the island today (20 January) on a one-day official visit for UAE reached Abu Dhabi, the capital City of the Arabian nation. Chairman of Department of Municipal Council Affairs Majid Ali Al Mansouri and Sri Lankan Ambassador in the UAE Dr. Mahinda Balasuriya warmly welcomed the President at the Abu Dhabi International airport. President Rajapaksa is scheduled to take part in the World Future Energy Summit and the Zayed Future Energy Awards Ceremony this evening.

In addition the President will also hold bilateral discussions with top government officials of UAE and meet with the Sri Lankan community living in the Emirate.

According to the Prize website, the annual award celebrates achievements that reflect impact, innovation, long-term vision and leadership in renewable energy and sustainability.

Among the finalists for this year’s award include multinational companies such as General Electric and Wal-Mart, among others. 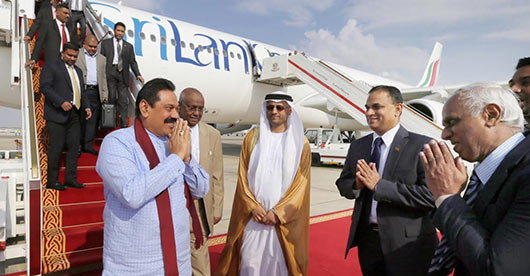 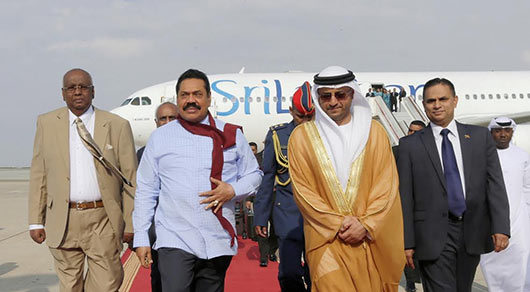