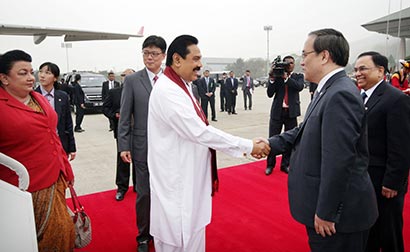 President Mahinda Rajapaksa arrived Seoul at 11.40 am this morning for four days official visit from 23 to 27 April, on an invitation extended by his South Korean counterpart, President Lee Myung-Bak.

South Korean Government and Sri Lankan Embassy officials including the Sri Lanka Ambassador in South Korea Tissa Wijeratne were present on the occasion.

The Presidents of both countries are scheduled to conduct bilateral discussions in order to procure technical and financial assistance for developmental activities in Sri Lanka and will also be signed several bilateral agreements during the tour. In addition to that President Mahinda Rajapaksa will participate at a business meeting organized by the four main South Korean business organizations. The President is due to deliver a speech addressing the Sri Lanka-Korea business forum. It will be hosted by the Busan Chamber of Commerce and Industry.

Bilateral relations between Sri Lanka and South Korea date back to 1968 when South Korea opened a trade mission in Colombo. The South Korean embassy was opened in Colombo in 1977 while Sri Lanka’s Ambassador in Japan was concurrently accredited to Seoul in 1978. The present Sri Lankan Embassy in Seoul was opened in 1987. Since then the two countries have continuously developed strong and friendly ties in number of fields. 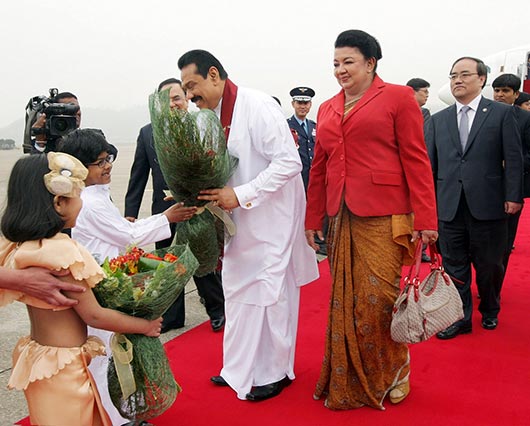 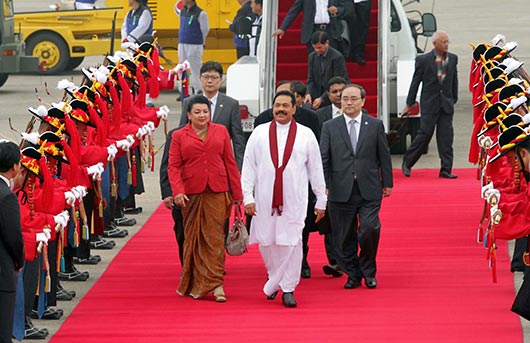