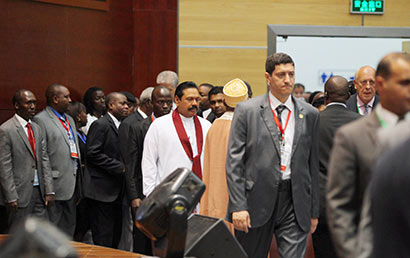 President Mahinda Rajapaksa who is currently in Tanzania for a five-day official tour graced the opening ceremony of the Global Smart Partnership Dialogue- 2013 which is taking place in parallel to the 50th anniversary of the African Union.

Sri Lankan President joined with heads-of-state from several other African nations and their representatives at the conference Centre in Dar es Salaam, the capital city of Tanzania. Tanzanian President Jakaya Mrisho Kikwete delivered the welcome speech at the 50th anniversary of the African Union. Tanzanian President spoke about the significance of enhancing south-south cooperation with other friendly nations to advance science and technology in developing countries.

Pictures are seen here President Rajapaksa together with other heads-of-state and representing officials pose for the official photograph during the Global Smart Partnership Dialogue Forum-2013. A group of young Tanzanian youth delivered a dance performance before the commencement official proceedings of the Global 2013 Smart Partnership Dialogue.
Minister of External Affairs, Prof. G.L. Peiris and members of the Sri Lankan delegation also attended the event.

The Global Smart Partnership Dialogue Forum for Developing Countries is being held in the Tanzanian capital from 28 June to 01 July. 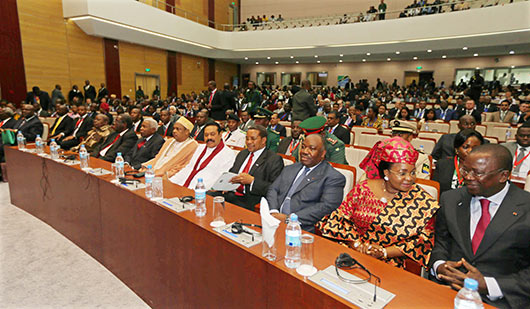 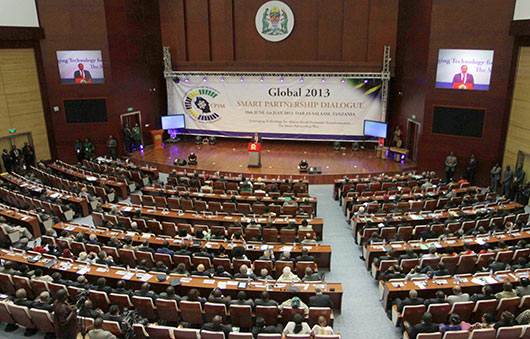 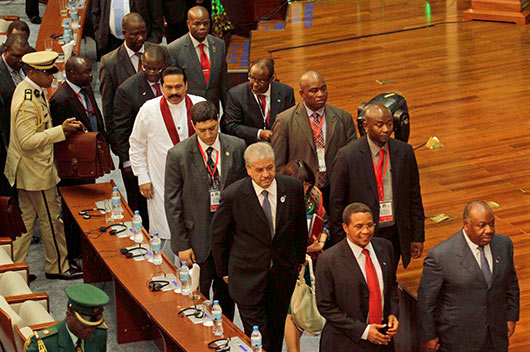 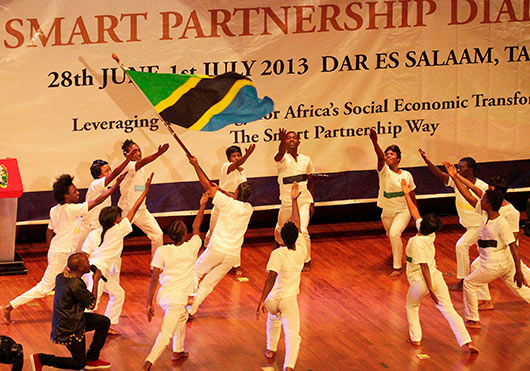