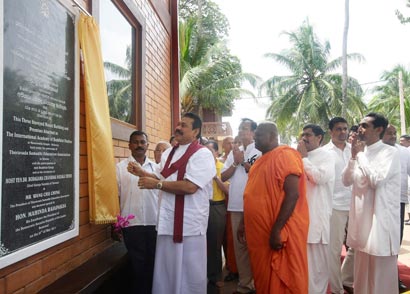 The newly constructed three storied building complex affiliated to the International Buddhist University, houses the Buddhist education centre and a conference hall. The President also inspected the Seema-malakaya of the temple and declared open a newly constructed Bikkhu hostel located at the temple premises. New facilities will be available for local as well as foreign Buddhist monks and the laity to pursue Buddhist studies at the Manelwathu Vihara.

This new building complex was built in parallel to the island wide celebrations organized to mark the 2600 Sambuddhathwa Jayanthiya. Sambuddhathwa Jayanthi Mandiraya was put up under the guidance of the Venerable Dr Bodagama Chandima Thera, Chief Sanghanayake of Taiwan and the Presidential Advisor on International Buddhist Affairs and the aegis of the Theravada Samadhi Education Foundation of Taiwan.
After the Buddha Pooja, an arms giving was offered to two thousand six hundred Bikkhus at the temple under the patronage of President Rajapaksa to mark the 2600 Sambuddhathwa Jayanthi Anniversary. This religious event was organized by the chief incumbent of the temple venerable Dr. Bodagama Chandima Thero.

Maha Sangha headed by Mahanayaka of Amarapura Chapter Ven. Davuldena Gnanissara NayakaThero invoked blessings to the President. The Ven. Dr. Bodagama Chandima Thera presented a memento to the President. International Buddhist representatives who patronized in this event also presented mementos to the President. President Rajapaksa handed over a special gift to the Chairman of the Theravada Samadhi Foundation Wan Chu Chin for the yeoman services rendered by him for the uplift of Theravada Buddhism in Sri Lanka. Members of the Maha Sangha, foreign Buddhist representatives, Parliamentarians, the Defence hierarchy and a large number of devotees were among the large gathering present. 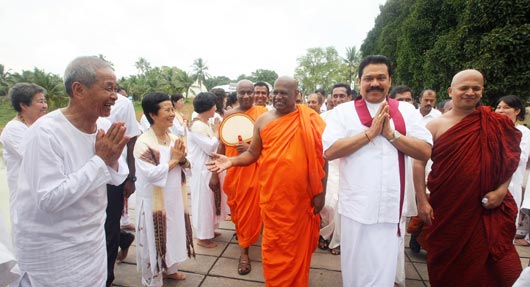 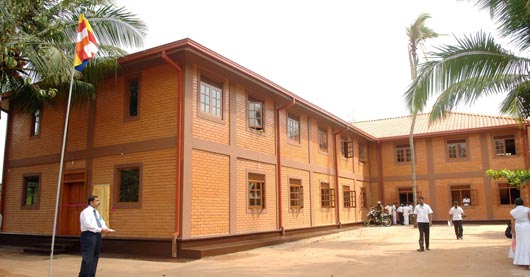