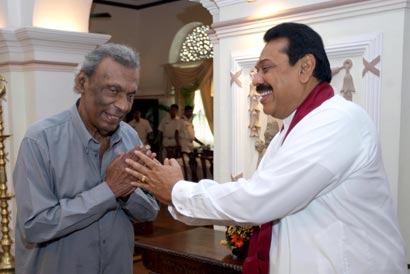 Veteran Film Star Joe Abeywickrama (Gammana Patabendige don John Abeywickrama- 78) paid a visit to President Mahinda Rajapaksa at Temple Trees on 06 May. The reason of this visit and the discussion he had with the President is not known yet.

Meanwhile, the Compact Disk, titled “Thunpath Rata” and a book titled “Apa Geyu Gee- Songs We Sung” to commemorate the veteran singer late Abeywardena Balasooriya was presented to the President by the wife of the late singer who is also a veteran singer and a news  presenter, Niranjala Sarojani. Her younger brother Visharada Manoj Peiris also participated the event. 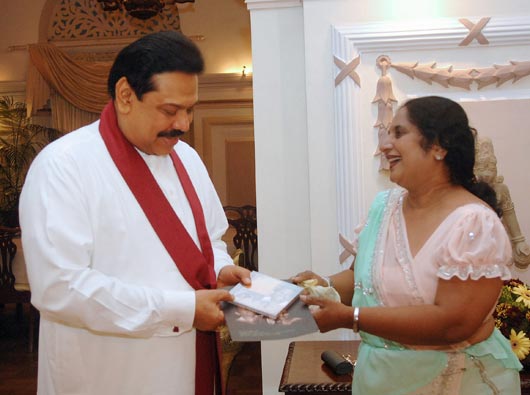