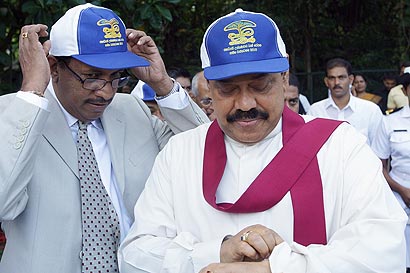 President Mahinda Rajapaksa inaugurated island wide celebrations to mark his second term of office and his birthday this morning on 15 November at Temple Trees. ‘Deyata Sevana’, a massive tree planting campaign was launched by the President to mark the occasion today at the auspicious time of 10.07am by planting a sapling of Kiripalu (Bachuanania Axillaris) and Sudu Handun trees.

First Lady Shiranthi Rajapaksa also participated in today’s tree planting ceremony which marked the planting of 1.1 million tree saplings in 11 minutes island wide. The Government of Sri Lanka has designated the week from 15th to 22nd November as the week of celebrations to mark President Rajapaksa’s 65th birthday which falls on 18th November and swearing in ceremony for his second term that begins on Friday 19th.

Addressing the ceremony the President noted that Sri Lanka always has environmental friendly rules throughout history. A programme of this nature is ideal to meet the challenges of global warming and it is important that the future generation of the country love and care the nation and the environment. He further said that Sri Lanka is leading all developed counties in protecting its nature and environment and providing to be a role model to the entire world by causing the least environmental pollution.

Meanwhile, keeping to the auspicious time, Prime Minister D.M.Jayaratne also joined in the Deyata Sevana tree planting ceremony by planting a special variety of mango plant at Visumpaya premises, his official residence. The Prime Minister said that a tree is second only to man and called the programme as an investment into the future. He further added that this kind of ceremonies serve to unite the nation and reflect its aspirations to reach a high slandered of progress and development. 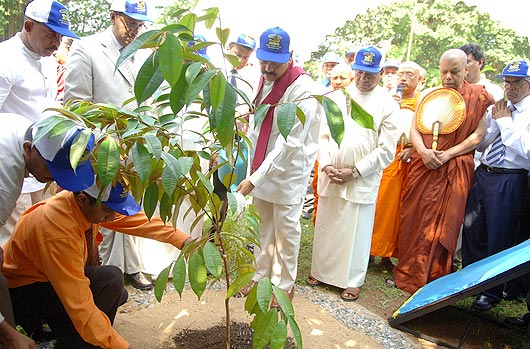 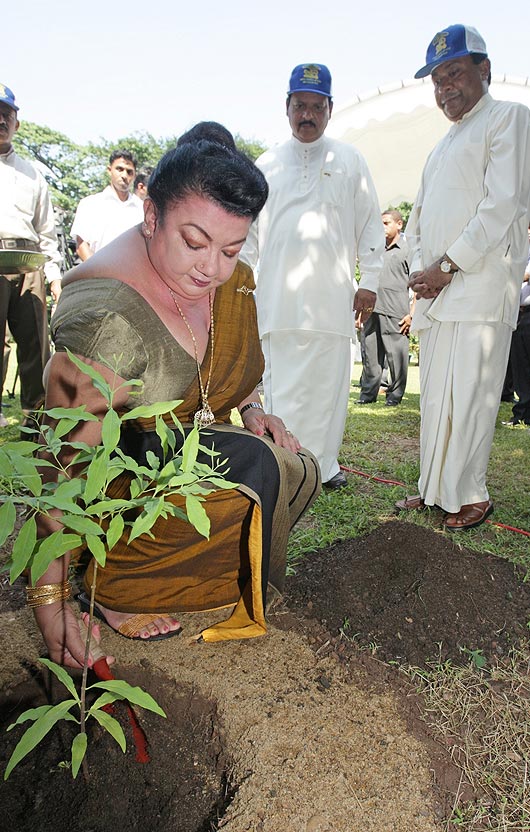 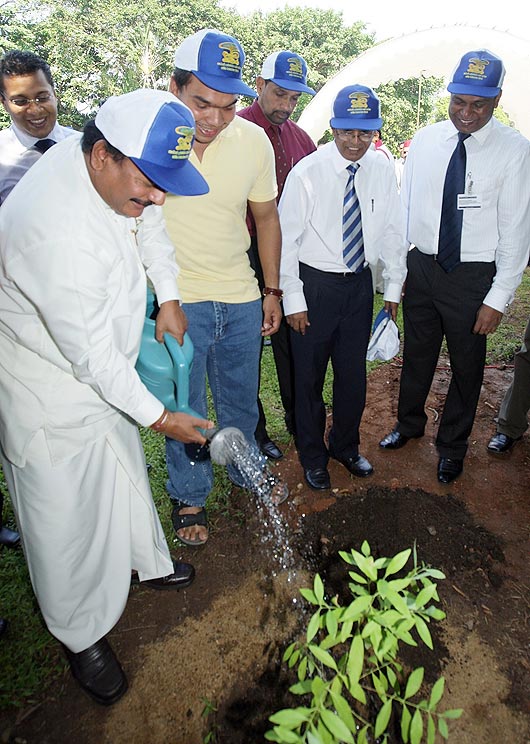