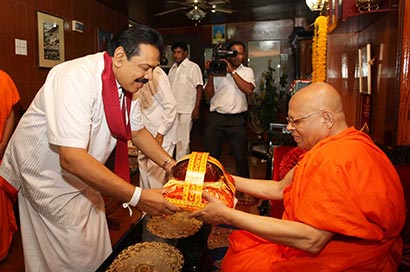 The President who visited at the Rangiri Dambulu Raja Maha Vihara gave these instructions to the UDA yesterday on 03 August. The President called on the Chief Incumbent of the Vihara, Venerable Inamaluwe Sri Sumangala Nayaka Thera and had a discussion. At the discussion the prelate requested the President to expedite the development activities of Dambulla town and Dambulla sacred area.

Venerable Thero also pointed out that even though the development plan has already been launched, there are certain problems on how the town development plan is implemented.  But the Thera also informed the President that some issues had cropped up. During the discussion, President Rajapaksa immediately contacted the Chairman of the UDA and instructed him to expedite the related work.

Governor of Central Province Tikiri Kobbekaduwa, Chief Minister Sarath Ekanayake and Chief of Staff to the President, Gamini Senarath were present on this occasion. 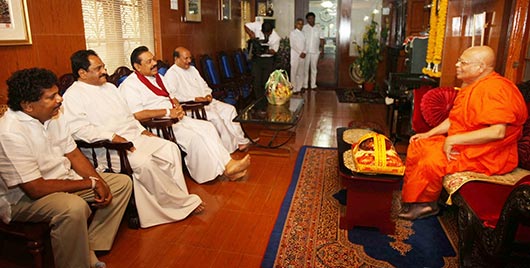 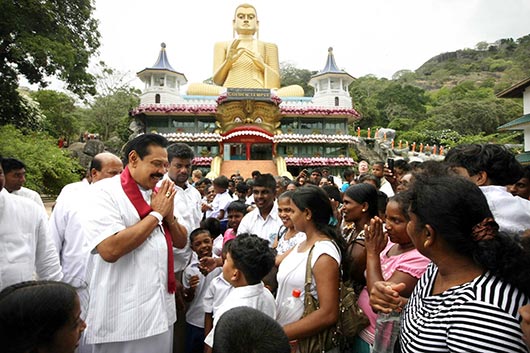